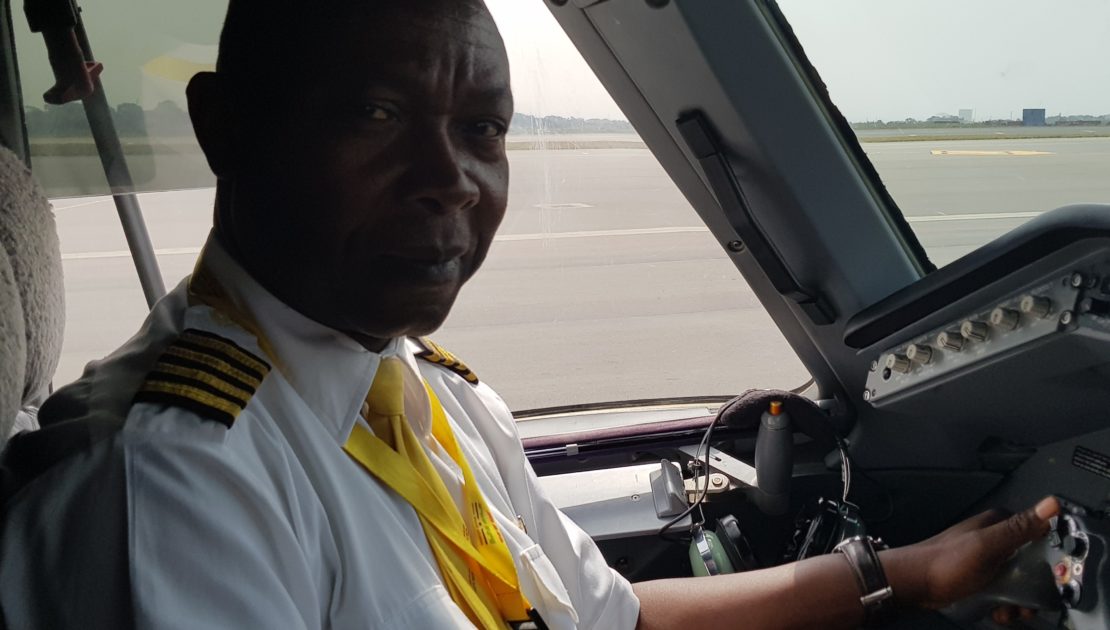 On Sunday, the 30th of May marks Captain Victor Aryeetey’s 65th birthday and celebration of the end of his aviation career as a commercial pilot.

Captain Victor Aryeetey started his flying career in February 1981. Within these blessed 40 years of service he has enjoyed the friendly skies being the flight commander.

His aviation career started at the Oxford air training school (OATS) Kidlington Oxford shire in the UK on the 23rd of Feb 1981. He then went on to work with Ghana airways from 1983 to 2005.

In 2005, Captain Aryeetey moved on to work in Executive Aerospace/Global Aviation in South Africa, he also joined the Virgin Nigeria/Air Nigeria team from 2006 to 2012. Finally, he concluded his Aviation career with Africa World Airlines from 2012 to 2021. And what a career it has been.

During his time as a pilot, Captain Aryeetey had the pleasure of flying an impressive number of aircrafts including the Cherokee, Fuji, Tomahawk Comanche, Navajo, Fokker28, DC 9 Macdonald- Douglas, DC 10 Macdonald – Douglas, Boeing 737 and the Embraer 145 (E145).

Amongst these experiences were his Exploits in Accra, Kumasi, Tamale, Sunyani and Wa.

There is no doubt that he will certainly be missing all these cities.

The good captain will take his final bow at Africa World Airlines on the 28th of May 2021 as a commercial pilot. He will however remain on as a beacon and source of inspiration to all up and coming aviators.

His commanding voice will be heard for the last time that on Africa World Airlines Flight number 344A arriving at Kotoka International Airport from Robertsfield airport in Liberia at 5:30 PM. That is if he chooses to hang his wings permanently.

Visit our social media page @flyafricaworld to watch a delightful interview we had with the captain.