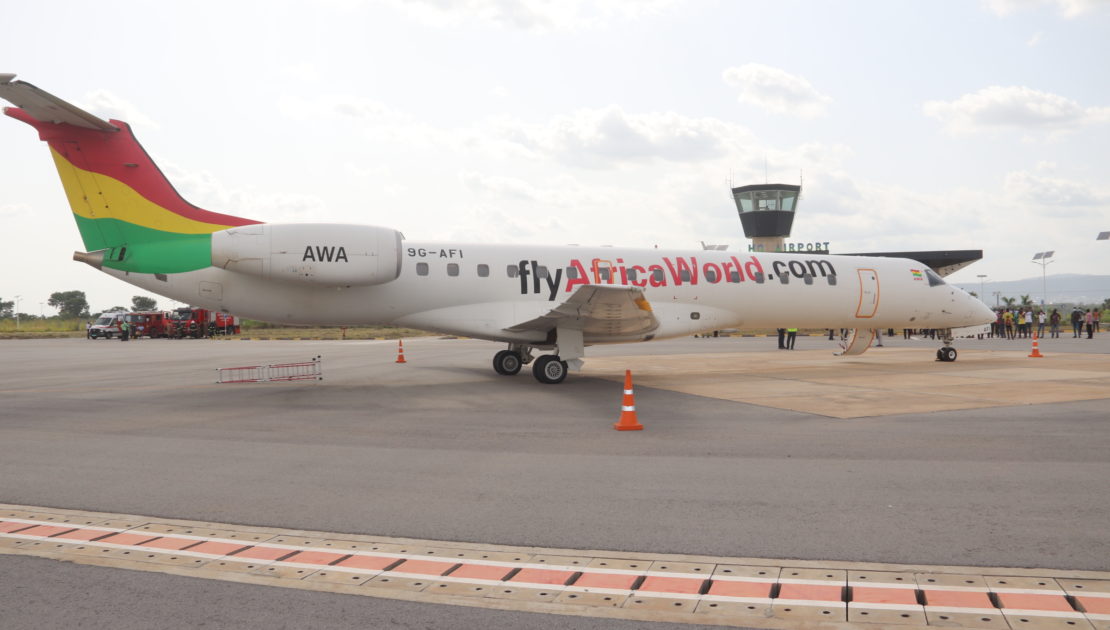 Africa World Airlines on Thursday, 15th April 2021 operated a demonstration flight to the Ho Airport in the Volta Region, as part of the assessment and preparation for commercially scheduled flights.

The Airline wishes to thank the Chiefs and people of Asogli for their warm reception and outstanding hospitality.

The demonstration flight provided vital technical data regarding jet aircraft operation into Ho Airport, as well as testing the joint capabilities of service providers and state authorities in the region, in order to establish acceptable safety standards for commercial operation.

The process of establishing this new route and providing the required personnel and logistics is expected to be completed by the middle of June 2021 at which time a commercial schedule would have been released. It is after this that the Airline expects to operate the first commercial flight.

Our commitment to opening up domestic destinations within Ghana remains steadfast, we regret having to temporarily suspend flights to Wa in the Upper West Region due to safety concerns. We expect to resume commercial operation there after the confirmation of completion of required modification to infrastructure by service providers and regulators.