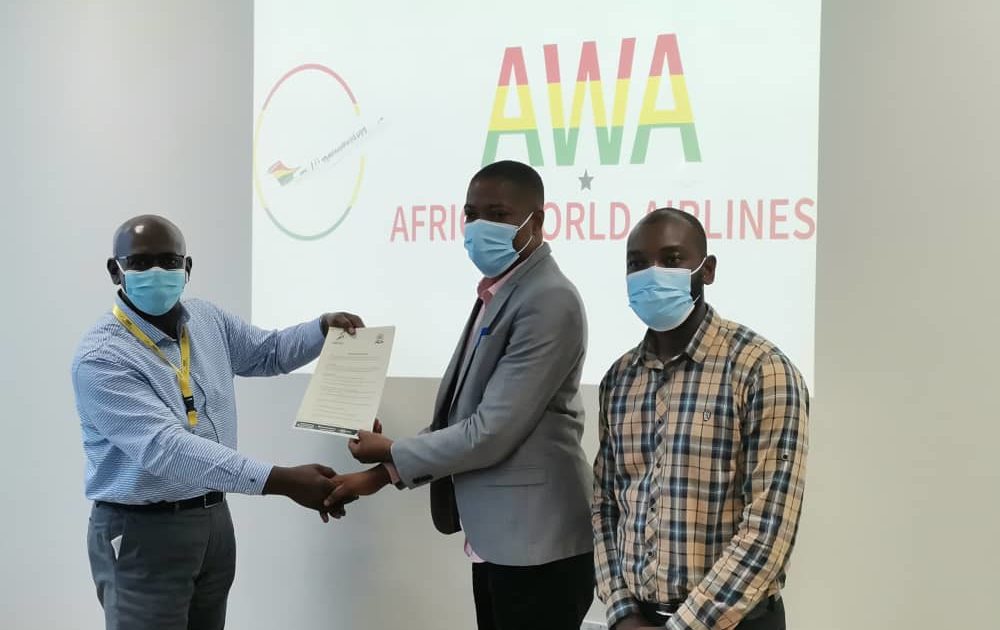 Africa World Airlines, a Ghanaian airline company, has partnered with Medivent Consults organizers for the first edition of the Sekondi-Takoradi Marathon.

AWA are the first official sponsors of the event.

The marathon scheduled for December 26, under the mandate of the Western Regional Coordinating Council (WRCC) would see thousands troop to the Oil City and to battle for the juicy packages at stake.

Mr. Kwasi Oteng, the Chief Operations Officer of Africa World Airlines was elated with the partnership adding that they were looking forward to promoting sports tourism in the region.

“We are grateful for partnering the Sekondi-Marathon and it is not only important to connect communities commercially but also socially especially through sports.

“We want to use this opportunity to promote sports in the country and we at Africa World Airlines are ready to provide the best of comforts for all traveling to the region,” he said.

Mr. Henri Penni General Manager of Medivents Consults – organizers of the event expressed appreciation to AWA for the support.

“With few days to the launch of the event, this package for all I can say is timely. We look forward to having a fruitful partnership with AWA,” he added.

The Sekondi-Takoradi Marathon, an initiative of Medivents Consult and Total Marketing & Tours Limited is expected to cover a distance of 21 kilometers (half marathon) would be part of the activities marking the ever-popular Ankos Festival.