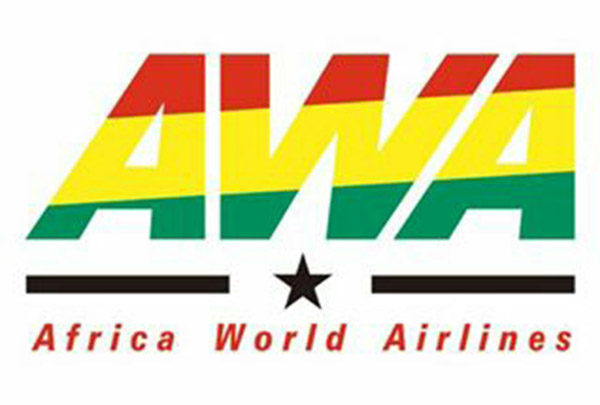 The airline is reported to have secured peppercorn leases on two Brazilian-made Embraer ERJ-145 jets. The planes can carry up to 50 passengers and are big enough to serve domestic and regional destinations from Accra, but are too small for routes to Europe or East Africa. The airline’s business plan proposes initial operations from Accra to Kumasi, Takoradi and Tamale.

But, said a company spokesman, “our name is probably the first clue that Africa World does not intend to restrict itself to domestic operations”. Within five years, the airline hopes to add eight larger aircraft – probably modern Airbus 320s or Boeing 737s – on routes to Abidjan, Abuja, Banjul, Conakry, Dakar, Entebbe, Harare, Johannesburg, Lagos, Luanda, Ouagadougou, and Port Harcourt.

Implying that the airline intends to operate as a no-frills low cost carrier, the spokesman went on: “regional yields are [so high] that even with significant yield dilution, there are a number of new feasible markets,” including to destinations “that have hitherto seen infrequent service at best”. In other words, Africa World hopes to boost regional connectivity while undercutting its competitors’ hefty fares.

Following the collapse of Ghana International Airlines in 2010, a clutch of private carriers – namely Starbow, Antrak, CitiLink and fastjet.com – have rushed to fill the vaccuum.

So Africa World’s senior managers – most of them Chinese experts parachuted in by HNA – must worry about how to compete against four incumbent operators in a country that’s neither as big, populous or rich as neighbouring Nigeria. A sceptic at a major aviation consultancy firm remarks: “it’s like five bald men fighting over a comb.”

But despite starting from a relatively small base, the west African air market is booming as rising disposable incomes and stronger trade links create traffic potential that didn’t exist even ten years ago. As an indication, passenger numbers at Accra’s Kotoka Airport increased by nearly 29 percent in 2011 alone; the increase is expected to be 34 percent in 2012.

And of all west African markets, Ghana’s is probably the most business-friendly. That Africa World intends to carry its first passengers just 18 months after it was awarded its Air Carrier Licence demonstrates just how supportive and fast-moving Ghana’s regulators and bureaucrats have been.

In a recent speech in Accra, Afede thanked the Ghana Civil Aviation Authority and the Ghana Airports Company for their “phenomenal support throughout our tough but interesting journey.”

Indeed, Ghana’s pro-business government has busily cleared obstacles from Africa World’s path, knowing that the success of such a high-profile private venture will create numerous positive externalities for the country as a whole. The increasing number of aircraft at Kotoka creates new opportunities for air transport support businesses (such as engineering and catering companies), and also makes Ghana more attractive to foreign investors and multinationals, including the oil prospectors in the Jubilee Field off the coast of Takoradi. In this way, aviation is an integral part of a holistic strategy to consolidate Ghana’s position at the forefront of Africa’s economic renaissance.

Even for those with no interest in Ghana, the launch of Africa World is a positive sign. The increasing number of carriers in the country puts pressure on Accra, and in turn on Abuja, Yaounde and Freetown, to liberalise west African skies by implementing the 1999 Yamoussoukro Agreement.

The implementation of Yamoussoukro, long delayed by protectionist politicians, would create so-called “open skies” above Africa. This would mean that, for the first time, an airline headquartered in any African country could fly to, from and between any combination of destinations in any other African country. Open skies would undoubtedly create more competition, and hence lead to better service quality, improved connectivity, and cheaper African airfares – which are currently the highest in the world.

With only two flights a day, British Airways is still the fourth-biggest airline in Nigeria; and with just one Boeing 777, Air France is the biggest in Cote d’Ivoire. But the big beasts that currently dominate west Africa by routing intra-African traffic via their hubs in Europe can expect to see their market share diminish as home-grown carriers offer African customers better regional connectivity.

The benefits of these developments are hard to overstate. If a small businessman in Accra finds that the time it takes for him to attend a meeting in N’Djamena is cut by three-quarters, and that the cost is reduced by two-thirds, his market footprint will expand and his trade will thrive. Multiply this across the millions of businesses that exist – or could exist – across west Africa, and the economic opportunities are truly phenomenal.

Now that Africa World has crossed the rubicon and other start-up airlines continue to appear in west Africa, the stage is set. Aviation is the foundation on which Africa’s economic miracle will be built.