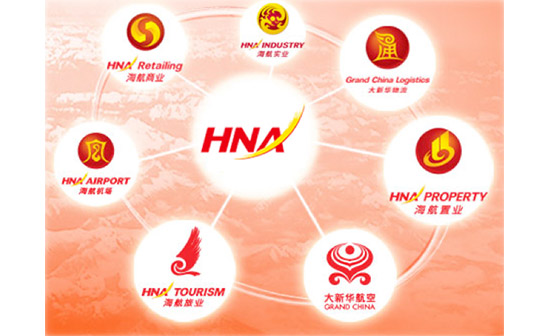 One of China’s leading airlines is teaming up with a new low-cost African carrier, which is due to take to the skies on September 21.
Hainan Airlines (HNA), China’s fourth-largest carrier and the first to receive a five-star award from Skytrax, will be spearheading Africa World Airline (AWA), which is based in Ghana.

Looking to end travel frustration in Africa
News of the fledgling “Chafrican” carrier comes in the wake of the demise of Ghana International Airlines, which ceased operations in 2010.

AWA, which has a reported start-up capital of US$50 million, hopes to spell an end to frequent flyer frustration in Africa.

“[Currently] to go to Cape Verde [off the west coast of Africa] from Accra, one has to fly to Lisbon in Portugal,” said an AWA official. “In some cases, you take off from Accra, fly to Europe and catch a connecting flight, which will see you flying over Accra to get to your destination within Africa.”

AWA’s fleet will start out with a brace of 50-seat Embraer ERJ145LR aircraft leased from Tianjin Airlines.

According to The Ghanaian Times, AWA will fly domestic routes at first — to Kumasi, Tamale and Takoradi — then gradually expand to regional destinations, such as Ouagadougou in Burkina Faso, Abidjan in Ivory Coast and Lagos in Nigeria.

Fares have yet to be announced and the carrier plans to head overseas by 2017.

Haikou-based HNA is reported to be the controlling stakeholder of AWA. The top management of the Ghanaian carrier will be drawn from different affiliates of the Hainan Airlines Group.

Zhang Jiuhua ( ]N), currently vice president of Tianjin Airlines (a carrier under Hainan Airlines Group), is likely to be the chief executive officer.

Hainan Airlines told Air Transport World (ATW) that the main motivation for its investment was the “big market demand for air transport industry in Ghana and other parts of West Africa triggered by the backwardness of ground traffic.”

High Demand for air travel
HNA’s investment arrives in Ghana just as the potential of Africa’s aviation market is starting to make headlines.

Boeing Commercial Airplanes projected the world’s second-most populous continent will require an additional 900 aircraft, 14,500 pilots and 16,200 maintenance technicians over the next 20 years.

J Miguel Santos, Boeing’s director of sales for Africa, pointed out to Business Day that a growing middle class was presenting an opportunity for a regional low-cost airline for Africa.

According to Civil Aviation Administration of China, this is the first time any Chinese enterprise has bankrolled Africa’s aviation industry.

The agreement echoes HNA’s game plan of expanding its presence in Africa and South America.

Tan Xiangdong (-), chairman of Hainan Airlines Group, said on an earlier occasion that his company is aiming to own 40 percent of its assets overseas in three to five years.